Last week I posted about my first (of six) weeks with my 4-year-old at Esso Family Math Night.

That would mean there were then five left. 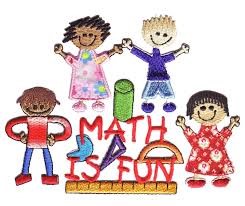 Or so the poster says.

My daughter looked more like this when I reminded her it was time to go again last Wednesday night:

While this probably should have been a sign, after the initial shock wore off, she remembered she might get to play in the kitchen, so things started to look up and she was actually quite happy and chatty on the ride over to the local elementary school where the program was being hosted.

For those who missed my first post in this series, briefly, the program is for 4-6 year olds and is offered free (FREE!) courtesy of our local Ontario Early Years Centre.  My daughter’s first report card from school noted, among other things, that she still needed to grasp basic math concepts – so when I saw this program, I figured it was a great opportunity to boost school learning in a fun environment.

[As a note before continuing, I’d just like to say that while I do have a bit of fun in these posts with my child’s reactions to the program, I am FOREVER GRATEFUL that programs like this one are offered free of charge in my city.  I’m thankful for the chance to participate in them with my daughter.]

So, with my glass half-full and heart full of hope for a fun night full of mother-daughter bonding and learning I give you:

This week’s theme was Mathematical Me!

Next up was a craft where the children were to trace each of their hands; then cut them out; and then use them to measure things around the room (ie: how many “hands tall” is that table?  The chair?  Mommy?  etc…)  Given one of my daughter’s other “areas for improvement” would be anything to do with tracing, writing and scissor skills, while this was a good opportunity to  work on additional skills as well, in the end we made “mitts” rather than “hands” and I did much of the tracing and cutting.

Then we got to the measuring part of the activity.  After much cajoling to measure, well, anything, we did a few measurements before she stuck her fingers in her mouth (a bad habit we have been working on breaking for about a year now) and refused to do anything else.  I then told her to take her fingers out of her mouth and when she ignored me, took them out for her (in retrospect, a mistake).  This was apparently the LAST STRAW in what was already a shaky start to the evening.  She proceeded to have a meltdown and demanded we go home.

Yeah.  It was awesome.  And I felt like some horrible tiger mom who was trying to force my kid to perform skills well above her level; rather than just trying to get her to walk about the kindergarten classroom with two red hand cut outs counting to a max of about five as we crawled them up various bookcases and dollhouses.

So we went outside for a time out together.  We went to the bathroom.  We washed our hands.  We cuddled a bit.  Once she calmed down I asked if she wanted to stay or leave.

And really, we’d have just left if that was the verdict.

But she decided to stay.

It went much better from there.

We missed a song about sizes.  I think that’s what drew her back in though, given she loves music.

Next, we sang Ten in the Bed while moving the bears off a felt board bed as we counted down. 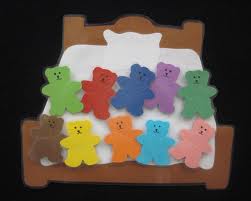 She was captivated by this activity (!!!) and went right up to the front to watch the little bears come off the bed one by one.  I sort of felt like order had been restored to the galaxy until ….

…. it was time for another craft activity.

I held my breath as they gave us a picture of a bed and ten bears to cut out and try to fit on the bed.

But this went great!  I helped with some of the cutting, but she did a good job on her own.

We had a chat about how many bears fit on the bed, and then she decided to give them all pillows.

Here’s the fruits of that labour: 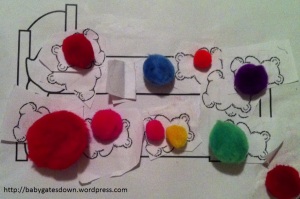 I was pretty happy with her focus on this activity.  She obviously enjoyed it and was having fun with the pom poms and the glue.  We had some “I can’t do it, mommy!” moments with the scissors, but with some prompting she did cut them out mostly by herself, which was encouraging.

After this, it was snack time for the kids (Goldfish, apples and water), while the parents were given some more resources and activities to try at home (including a cut out activity with socks which I TOTALLY plan to get around to).

One sheet, which was pretty cool was this one.  It starts with a number of literacy and numeracy activities for 4-5 years olds based on Penny Dale’s Ten in the Bed then carries on with other suggestions for number play generally.

I’ll aim to post some of the other resources we’re given in the coming weeks.  It’s just that, after this session, I was left feeling a wee bit like this lady: 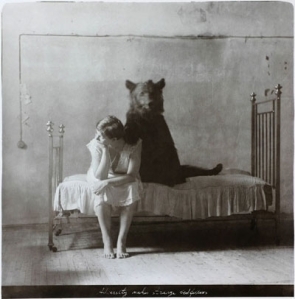 There, there mom. It’s okay.  Now, could you just roll over, roll over…?

I’m trying not to be discouraged.  Perhaps my daughter will come around.  While I think she did a bit by the end of this session, my sense is it was more acceptance and wanting to please me, than actual enjoyment.   I think she knows various of the activities we’re doing aren’t her strengths and she doesn’t like doing things she doesn’t do well.

And so I struggle with how much I’m suppose to encourage her.