Remember that list you had of everything you would NEVER do when you became a parent?

I wouldn’t need it.

I’d parent through an ongoing open and honest dialogue with my children. In this way they would grow and make the best choices for themselves, like, organically.

Because fast forward about a decade to where I have an almost six-year-old who won’t stop sucking her fingers.

We’re long past encouragement, friendly reminders, begging and pleading, and well into the bribery realm of parenthood on this one.

Really. Puppies and rainbows in it for you if you JUST STOP.

I remember gloating when she gave up the soother before 6 months – obviously due to my rock-star parenting skills, right?

Not so much. Apparently it had more to do with the fact that her fingers were way more convenient, what with them being with her 24-7.

When she was still sucking them happily at 12-18 months we thought it would pass and that she’d grow out of it.

When she entered daycare and education-land, with each passing caregiver, early childhood educator or teacher she got, at the first parent-teacher meeting we’d get lectures couched in advice about what we could do to encourage her to stop.

These inevitably petered off as each of them – daycare, nursery school, kindergarten – were apparently equally unable to help her stop.

On our end, we would go on stints of extra encouragement at home, prep the dentist and doctor to give a little talk each time we took her, these all ended in defeat, that my husband and I covered up in rational discussions to each other about how she “just wasn’t ready yet”.

We had a moment of hope shortly after she began Senior Kindergarten where her finger got infected – all red and yellow and swollen and painful. And scary.

We took her to the doctor, who drained it, gave us some sort of super Polysporin and did a heroic job of instilling the fear of God into our child that this was due to her sucking her fingers and she really needed to stop.

Fear of being subjected to another needle kept her fingers out of her mouth ….

We’d given up on anyone other than us trying to help when our daughter mysteriously came home one day from Senior Kindergarten with a dolphin. 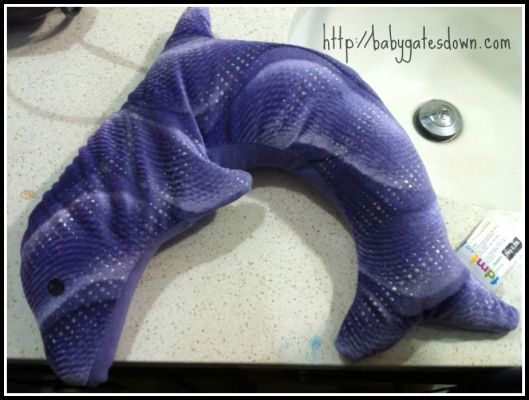 She told us it was hers. We gave her a serious talk about how she shouldn’t walk off with someone else’s toy. How would she feel if someone took her bunny? Didn’t she think someone would be missing the dolphin?

She kept trying to tell us it was hers and why wouldn’t we believe her?

…who then sent a note back explaining it was “hers” to use in class as they were using it as a tool to get her to stop sucking her fingers. Every time she wanted to suck her fingers, she was instead encouraged to pet the dolphin.

So we tried the strategy at home too. It worked, when she was reminded. But not really.

School ended, summer started, and she started talking about wanting a tablet for her birthday this fall.

I paused, for just a moment, before blurting out:

If you stop sucking your fingers by then, we’ll get you a tablet.

My husband shot me a death-ray glare, before also accepting he’d be okay with bribery at this point and we both got behind Project “Don’t You Want a Tablet?”.

Two weeks into that we had to accept that the answer was “Not enough to stop sucking my fingers.”

But now that I’d already crossed the line into bribery-land, I figured what did I have to lose by simply modifying my approach?

So the next time we were in the grocery store and she asked for a treat I promptly responded:

You can have a treat if you don’t suck your fingers for entire time we are shopping.

Challenge accepted. We even selected the treat RIGHT THEN AND THERE so she could see it in the cart as a reminder of what she’d get if she successfully completed the challenge. 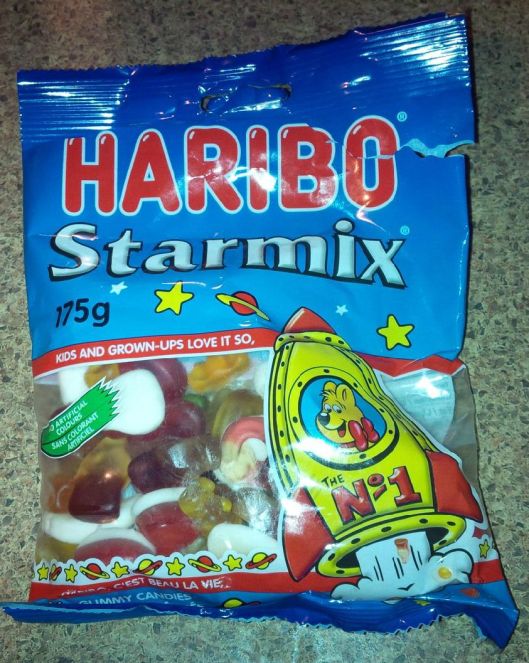 I caught her the first time and gave her a mini-pass. She could still have it IN THE CAR if she made it from now, through check-out, and out the store without sucking her fingers.

Okay, make it home and you can have two pieces before dinner.

Nope. Caught via the rear-view mirror on the way home.

She cried and pleaded. I held firm. No candy.

She promised to last from the car, through home and dinner.

I agreed to candy after dinner if she could do it.

We are now referring to this as the sucking candy.

I have no idea if this is going to work, but we will be keeping a stash of it for the next while to try.

And we’ve been having a number of “I know how hard this is” “So proud of you for trying” conversations.

If this doesn’t work, I think the next plan will be a finger-guard. Because we’re at the stage where it sincerely needs to stop.

What about you? Any tips to help us break the habit? Any habits you struggled to get your child to break?

Photo credits: Lollipop border courtesy of Salvatore Vuono at FreeDigitalPhotos.net. Balloon from Clip Art Panda and the puppy from here.

47 thoughts on “Bribery and Parenthood”