Boy you came fast this week – which is pretty exciting.  It’s like I can almost see the weekend … peaking out around the corner.

I participated last week in Wednesday Hodgepodge over at Joyce’s From this Side of the Pond – and it was a lovely experience – so I’m giving it another go this week.  I encourage you to check out other hodgepodgers by clicking this here button:

That said, here’s the questions:

1.  What was your biggest worry five years ago?  Is it still a worry?

Five years ago my husband and I were starting to think about having a family.  And, because I over think everything (we were a bit older, he smokes, it had taken my mother 5 years to get pregnant, etc…), I was worried we’d have trouble conceiving.  And I worried I wouldn’t be able to give up caffeine and alcohol for nine months.  Then once we got pregnant with no issues (and the last thing I wanted was caffeine or alcohol), I worried through the first trimester of pregnancy (fear we’d miscarry, because the stats are higher than you’d think).

We now have two beautiful children, so no, it is no longer a worry for me.  But having had friends who have gone through actual conception problems and miscarriage, it hammers home how damn blessed and fortunate my family is.  Yesterday was also Pregnancy and Infancy Loss Day, so I spent time thinking about the families who have suffered this loss.  I cannot begin to imagine how it feels and my heart is with them all. 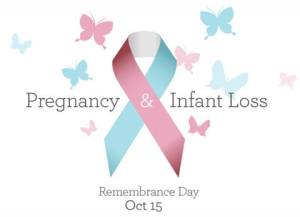 Before leaving this subject, I’ll just flag a book on my to read list: Sunshine after the Storm – which Lizzi over at Considerings – one of my new favourite blogs – contributed to.

2.  Yesterday (October 15) was National Grouch Day … what makes you grouchy?   What cheers you up when you’re feeling grouchy?

Clutter makes me grouchy.  General messiness around my house makes me grouchy.  Don’t get me wrong, I’ve never been Martha Stewart, but I like order.  And that’s almost impossible with kids.  I can deal for a while, and then I trip over one last doll, or discarded spoon, and lose it.  What cheers me up?  Wine.  And having a good chunk of time to clean.  Even if it’s while being followed by one of my two little “undo buttons”.  Because, like the e-card says:

3.  In one word, how does it feel to be photographed?

4.  Besides your parents, who would you say had the greatest influence on you in choosing your life path?  Explain.

This is a tough one.  When I first saw this question I was going to write a bit of a compilation answer about some of the fabulous female mentors who have helped me along the way with my career – and there have been a few wonderful ones – but that isn’t quite what you are asking.

So I’m going to tell you the story about Ed, my swim coach.

When I was 15 I dreamed about being an Olympic swimmer.  I’d been swimming competitively since I was 10 and by this stage I was training 8 times a week + weights.  I had finally made the senior group of my swim club.  I had made Youth Nationals the previous year and was training to make Nationals.

I’d thrown my back out earlier in the year due to improper land and weight training; done my time in physio; and was back in the water and back up to par by the time we went to Florida for training camp over March Break in 1993.

And we spent the week swimming through Hurricane Andrew in an outdoor pool in temperatures that were in the single digits Celsius.  We’d go from wearing our winter swim parkas on deck (Go Canada!) to jumping in and freezing for two hours.  If you turned blue you got to get out and run for the remainder of practice.

Well, I hated running, so I SWAM.  And I kept up with – and at times passed – the faster kids.  By the end of the camp Ed, the head coach (who until this point hadn’t, as far as I was aware, noticed my existence) pulled me aside to congratulate me on my hard work.  He then told me that if I worked really hard, I could make Nationals.  Which would be a good goal … for me.  Because – and here’s the moment …

“You do very well for someone with no natural ability.”

I suspect this should likely top the list of things to NEVER say to a 15-year-old girl.  EVER.

At the time it was pretty awful.

Looking back, he was pretty spot on.

So I quit swimming the following year.  With all that spare time I: got a job, took up guitar, joined the school band, got a boyfriend, started writing for the school paper, and saw my grades go up 10 percent.

But the main point I took from looking back at that moment is this:

I DID do VERY well for someone with no natural ability.

And that basically taught me I can pretty much do anything I put my mind to.  I don’t know that it led me down any specific “path” life-wise, but it certainly taught me not to get caught up in being intimidated or thinking I can’t do something without actually trying.  Because, while I might not be the best, with effort, I generally manage to do most things pretty damn well.  Except play golf.

So thank you, Ed.

5.  The crisp days of autumn are here … what’s something you like to eat, but only if it’s crisp?

Cucumbers are pretty awesome.  On their own.  Or with salt and pepper.  Or pretty much anyway.

6.  What’s the most useless object you own?

I don’t really buy gadgets and such.  The one exception to this?  Baby stuff.

Some of the stuff that was pretty useless:

This past Saturday was my 5 year wedding anniversary.  It was a great day, beautiful weather, all our friends and family, minimal drama (but not drama free – because then it wouldn’t be a PARTY).  So certainly a top fall memory.  Our first daughter was born the next October, so it gets hard to choose one over the other, but – hey!  Five years is a milestone anniversary, so this year, marriage wins.  And if woman HAS to choose between a wedding pic and a post birth pic… really?  Is there a choice?

And yes. I still REALLY LOVE cognac.  I think this might be the THIRD alcohol reference this post (cringe).

8.  Insert your own random thought here.

We are trying to live frugal for a few weeks.  So I skipped grocery shopping this week and instead we are clearing through our pantry and freezer.  I think we officially hit “creative” today.  We made “combo muffins” from two tail end muffin mix packs yesterday evening (school lunches check!) and I’m going to swing by the store to pick up a small tub of plain yogurt, one pepper and green onions after work today to make a pasta salad I have EVERYTHING else for (so I figure that’s only sort of cheating).  I’m a little dubious about making it to the end of the week.  Harder than I thought…