I got played by my four-year-old.

It was the end of a long (as in lengthy and not involving cottages) weekend and I was tired.

But she wanted to watch a movie before bed.

She turned on the water works.

Went on and on about how she really wanted to see Happily N’Ever After; which we’d rented the previous week but hadn’t yet watched.  It was due back at the store the next day and she really needed to see it.

I caved.  I hadn’t been around much this past week.  Call it working mom guilt.  We watched it.

And we hit a line where the prince is referred to as a potato head.

A phrase she’d been newly using all week.

And I realized I’d been had.

“Did you watch this with your dad this week?”  I ask.

But this is just one example of many, many that show I have no game.

I’m honest.  And so I like to believe others are too. 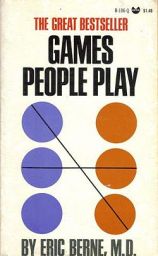 I even bought a book once to try to help me figure things out.

But then life got busy; or one of my kids hid it; in any event, I never got around to reading it.

So, given this week in our musical amble through the alphabet launched by Jackie at Ambling and Ramblings is brought to us by the letter G, I thought I’d dedicate this week’s post to games.

We certainly need to start this examination in the Gangsta ‘hood that was my Wonder Years.

So here’s the New Kids:

Listen to the N.K.O.T.B.  We don’t need no games.  Here they are “stickin’ it” to all those “non-believers” who made fun of them and thought they didn’t have “staying power.”

Beliebers should be taking notes. ‘Cause Donnie ain’t playin’.

But if that doesn’t hit quite the right nostalgic note for you, how about some gaming, 90210 style?

On its own, I love this song.  I also enjoy the recent remake (and the video for it is amazing).  But this song forever for me is Brenda and Dylan finally (momentarily, until it all falls apart again) working it out and GETTING BACK TOGETHER!!

And really, who doesn’t want to make out in Porsche?  Even if the guy is totally going to be dating your best friend by the end of, was it, next season?  That wicked game is a bit of a blur.  But I still have a thing for vintage cars which I suspect completely ties back to watching this show.

Speaking of vintage – and bad transitionals – how about we play a great cover of a 1960s song weighing in on this theme?

So I know I should give you Joe South singing this, but I have a thing for Tesla, so you get their cover on my blog.

As for the song?  Apparently a reference to that book I bought referenced above that is somewhere in my house that I can’t find.  Figure this is like reading the Coles notes, right?

That logic would fly with my husband.

And with that transitional, here’s a song from his favourite musician of all time:

Many a night we have spent listening to each others favourite music as I try to figure out why, how, he can like Peter Gabriel and not Depeche Mode.

I’ve finally accepted that it’s just one of the many compromises of marriage that I’m never going to convince him of the so obviously musical alpha status of DM.

As for this song?  I always assumed it was about something, like, deep.

Apparently it’s about the 1960s/70s British equivalent of reality television where, according to trusty Wikipedia, residents representing a town or city in one of the participating countries would compete on an outdoor track of games of skill while frequently dressed in bizarre costumes.

So my last choice this evening?  Let’s carry on with the sports theme.  I give you this:

Get in the Game – Cody Martin and Sparky Buddha

So here’s another song I find courtesy of a YouTube search for the term “game”.

I can’t, despite some searching, figure out much about the singers or its release date, but have discovered it’s the theme song for Barclays Premier League Football (and there are some great sports shots in that clip) and it was also used in tribute when William Moody aka Paul Bearer of WWF fame passed away in 2013.

The lyrics are beautiful:

We’re the same, you and I
Reaching out to justify.
Give me a chance, give me the time;
Get in the game.

The former athlete in me; the forever dreamer of things that might be … loves this song.  That’s my kind of game.

So here ends my musical musings for this evening.

You may have astutely noticed my new little rocking dolly button at the top of my post.  I’ve been having some fun recently playing with free images online, and seeing I do a lot of music posts – and have a bit of a dolly … thing … going on Baby Gates Down … I did one up for my music posts.  She might move to the sidebar as a link to a compilation of various musical posts I’ve done.

Let me know if you like her.  I was never a huge doll girl.  But my four-year-old is; and, well, when I started this blog, there was Desolate Dolly calling out to feature on my banner, so I’ve since ventured ever so slightly into Internet dolly land.  Let’s just say I have a lot to learn.

But I have learnt that dolly with the guitar is Blythe.  My specific rockin’ Blythe is courtesy of here. And she’s kind of a big deal with a hugely Pintimidating following.

If I’ve piqued your curiosity, you can find links to the Pinterest Blythe underworld via my dolly board here:

Until next time, dolls.