When you were a kid, what did you imagine it would be like to be an adult?

It’s hard to remember, isn’t it?

So I’ve done a bit of field research on the issue. Over the past few weeks, I’ve asked my four-year-old what she wants to be when she grows up and what she imagines life will be like as an adult.

In no particular order, when she grows up she wants to be:

I like that most of the above seem to have the aim of helping others or making others happy, which I think is a sound guiding principle for life.

That said, my personal favourite is this one:

This morning w/ #kids: 4yr old: Mom, where do you work? Me: Health Canada. 4yr old: When I grow up I'm gonna work at Candy Canada.

Let’s just say I’d like to check out their cafeteria and benefits package.

She also wants to be either Wonder Woman or Layla from Winx Club. 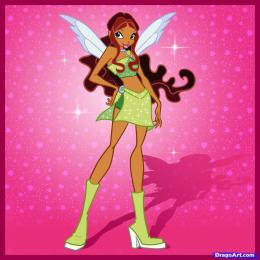 I’m going to try to not think too deeply about early influences on views about female body image and how to be a woman here, but we might start gently expanding our discussions on that.

Last year she demanded to be a witch for Halloween (because princesses are boring), but given the newfound fairy obsession chez nous, I think girly girl world is again closing in.

But then there are days she plays happily in the mud; or the times she “plays house” and instructs the boy to make dinner because “he’s the daddy” (possibly while she goes off to her job as CEO of Candy Canada?) and I think maybe I’m not letting down feminism and all womankind on the girl-raising front.

In unrelated news, do check out the Fairy Pinterest Board my daughter and I put together whenever I try to blog and she notices and decides she wants to “play” with me.

Aside from that, she understands that growing up involves getting adult teeth, which then leads to an ability to drink coffee and beer.

Once that happens, she then wants to marry her daddy and live happily ever after.

Given I feel that speaks to her high standards and good taste, I haven’t gone all Jerry Springer guest on her defending my man yet.

I remember wanting to be a baker so I could wear the big hat.

Wanting to be marine biologist so I could scuba dive.

Wanting to be a journalist so I could write.

And wanting to work for the government like my daddy.

The last one panned out. The second involved studying science and maths at university and the first involved, well, an enjoyment of baking beyond the functional Wilton Level 1 basics, so … there went those.

And it wasn’t the type of writing I really enjoyed.

As for government? It generally works for me. I like process. And order. I wasn’t quite this kid, but at times I was pretty close:

What about you? What did you imagine adult life would be like?  How far off were you?