So this past Sunday I posted about 50 things that make me happy.

Somewhere buried in that list was Blue Gardenia Salad.

Links to Source – Zomato Review – I like mine with ham, not chicken.

It’s all about the garlic dressing.

I discovered Blue Gardenia when I worked down the street at 66 Slater. At 130 Albert, they were just a hop, skip and a jump from my office. Their menu includes Canadian, Italian and Lebanese foods. You can dine in or take out.

But I can’t really comment on anything except the salad. Because that’s all I ever ate.

My job changed and I moved out of downtown to Tunney’s Pasture.

But whenever work brings me into the downtown, I pick up salad.

For the entire office.

At first it was just me and some of the others in exile from downtown.

Links to source, which includes a link to the video clip 🙂

But we spread the word, disproving The Simpsons and demonstrating that you do, indeed, make friends with salad.

Ever since posting about it on Sunday, I’ve had Blue Gardenia on the brain.

So, when I had a 11:15am meeting downtown today, I announced a salad run, everyone placed their orders, and I was off!

After my meeting, I zipped over to 130 Albert, ran down the stairs to the basement, and discovered:

Sometime in the last month it had closed up shop and gone away.

It had the lonely abandoned look of, well, the above picture minus the Western theme.

I stood there just staring for a moment.

I’d had no inkling it had been closing.

And I’d been coming often enough for long enough that I felt I’d hit polite chatter status with the owners.

I knew they’d taken a hit when the food trucks increased. And that being in a basement was a challenge.

I didn’t get to say goodbye.

I’d had my LAST Blue Gardenia salad and NOT KNOWN to savour it just a little more.

A wave of despairing loss hit me.

Because it isn’t just about me.

How would I break this to the Blue Gardenia cult at Tunney’s Pasture?

Maybe some music to soften the blow?

And what were we suppose to all eat for lunch today?!

I pulled myself together, walked across the hall, and asked the nice folks at the business there if they knew what had happened.

Closed about a month ago.

Did it move somewhere?

I was about to leave when …

But I’ve heard there’s a second one at the corner of Bank and Queen – hidden in behind the Scotiabank.

She’d never been there, but I was off!

Hope renewed and questing for salad.

Sure enough, there it was. Right where she said it would be.

At 222 Queen St. A smaller version of salad heaven.

I made my way to the counter and asked if they made the same salad as the Blue Gardenia that closed over on Albert.

I was informed, not only did they do that, but that they were the ORIGINAL Blue Gardenia.

Apparently we’d been enjoyed son of Blue Gardenia salad all this time!

Whatever. I bonded with the guy behind me in line while I waited for my salads, flooded with relief that we’d all get our garlic fix.

I made it back to Tunney’s WITH salad.

There followed much dancing and merriment. 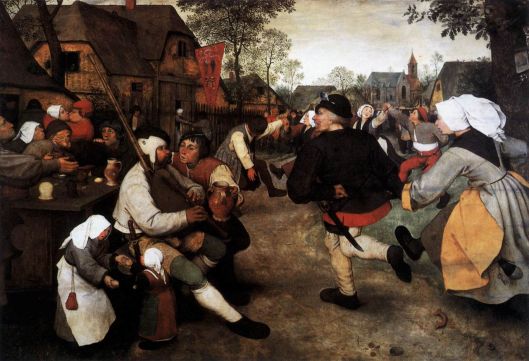 Have you ever abruptly discovered that a restaurant you loved closed? Did you ever rediscover one you thought was gone? Let me know!