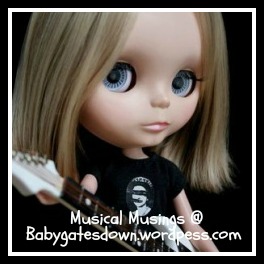 Blythe and I have been discussing Q for a couple of weeks now.

We considered forming a working group.

…as to what we should feature on the Q post for our Musical A to Z series.

A few letters back we paid tribute to Kings.

And I’ve certainly touched on Princesses before on this blog.

So, after careful polling and consideration, we decided Q had to be for Queen.

As in the band.

My first memory of Queen?

And there was this guy in my class who liked them.

We were mostly raving about how awesome the New Kids were and were pretty thrilled that there was a boy in Grade 12 who looked like one of the guys from Milli Vanilli.

But he asked me out. In front of all my friends and his friends during lunch hour. The way that stuff happens at 13.

For about two hours. Until I heard some girls making fun of him in the bathroom (upon reflection, most likely for my benefit). They felt his legs were too skinny and he had big knees. So I decided I didn’t need the drama and attention and broke up with him.

Then this movie happened. And I realized he was on to something:

A song from the ’70s in there and suddenly everyone I knew went Queen crazy! “Best of” albums were acquired and everyone was an instant expert on everything Queen.

So in honour of my belated appreciation of a wonderful band, here’s my homage to Queen.

If you are anything like 13-year-old me and wondering who Queen is, here’s a quick-hit five-minute overview. And if you want to watch the ACTUAL 20 minutes?  Here you go.

Of course, it seemed that just as soon as I figured out who Queen was, I realized Freddie Mercury, the lead singer of Queen, had died in 1991 of AIDs. At fourteen, it was the first time many of my friends and I had thought about issues like that.

In April 1992, there was a Tribute Concert at Wembley.  My next two choices are from two of my favourite singers honouring Freddie Mercury at that tribute.

Like one of the comments in the You Tube video says, Axl Rose is the only man who can sing in his underwear and still be badass. As for We Will Rock You – how can you NOT love that song?

Somebody to Love – Performed by George Michael – 1992

I watched a number of the songs from the concert – but really liked George Michael doing this one, so he’s my next choice.

Here’s David Bowie and Annie Lennox. But for variety, here they are BEFORE the concert. I got a kick out of George Michael in the audience singing along.

Under Pressure – Performed by David Bowie and Annie Lennox – 1992

I’ve always had a soft spot for this song – particularly given it is the one I first learnt as “that one that sounds like Ice, Ice, Baby“. You should try that quote out on anyone that takes music in any way seriously. It’s funny to watch their reactions.

As for David Bowie – I have this …. thing. It’s like my brain blocks his name. Whenever I try to talk about him I can NEVER remember his name.  Not sure why. So if you ever read my blog and I make a passing comment about the “Space Oddity guy whose Afraid of Americans” I mean Bowie.

And now, just because I’m having fun and I think it’s a good way to end, here’s the cast from one of my (now over) favourite shows doing a little drunken Queen karaoke. Which I’m sure never happens in real life.

Here’s 75% of the principle cast of Angel doing We Are the Champions (in the absence of Angel, which is what of course brought them to this stunning performance).

That’s it from me. Do you have a favourite Queen song that I missed? Let me know!