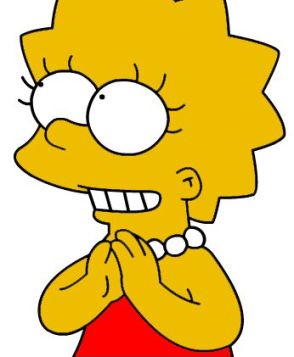 Growing up, I knew this girl named Lisa.

We met up in things like swim lessons, Girl Guides, and part-time job training.

I didn’t go to school with her, but I knew she was super smart.

Because her mother told my mother. Who would update me.

She went to law school and is now married with career and kids.

Lisa had a younger brother.

That by all accounts did just fine.

But I wouldn’t know.

Because her mother never said anything to my mother about him.

Growing up, I did quite well at stuff.

My younger brother did better.

I made Youth Nationals for swimming. My brother made Provincial Tour Team and was briefly ranked 7th nationally for his event.

When it came time to go to university, despite being accepted into a top-ranked combined BA/BSc program, I opted for a(n equally top-ranked) Journalism Degree…

… A choice which prompted a friend’s father to comment in passing (in such a way that it came back to me) about what a “waste” that was, because I’d “been so smart”.

My brother did a combined BSc/BEng degree.

I have an M.A. He has a PhD. He’s now the third generation of engineers in our family.

The grandparents are already wondering if the fourth will be my youngest daughter or his son.

There are any number of qualifiers and counterpoints I could make to each of the above descriptions. But both, as written without further context, are factual.

In my mid-20s, one night I randomly ran into Lisa’s younger brother in a pub.

After some polite “I vaguely know you” chit-chat, we ended up bonding over being the under-achievers in our family.

For anyone who read my recent #1000Speak Post on listening – I remember this as one of those wonderful conversations where I both got and gave.

We were both successful at the time. And had always been successful.

We just weren’t our siblings.

My encounter with Lisa’s brother is almost family legend by this point.

After running into Lisa’s brother, I mentioned the conversation to my mother.

I figured we were years beyond this point and, well, she’d know what I was talking about, right?

Funniest and most ridiculous thing she’d ever heard!

How could either of us have EVER thought we were under-achievers?

That we had been compared to our siblings and been somehow found wanting?

I sincerely think – given the 10-years-plus this has now been coming up in conversation for moments of random positive affirmation – that she had no idea I’d ever felt that way.

I have always known my parents are proud of me.

But what I’m talking about here is the years worth of passing comments about how girl x is doing better than me in y and watching and hearing their reactions to my brother excelling (in my eyes, beyond me).

I don’t think anything they ever said was to make me feel bad.

But for me to have found myself having that talk one night in a pub in my mid-twenties?

I obviously felt that way – at least on some level. 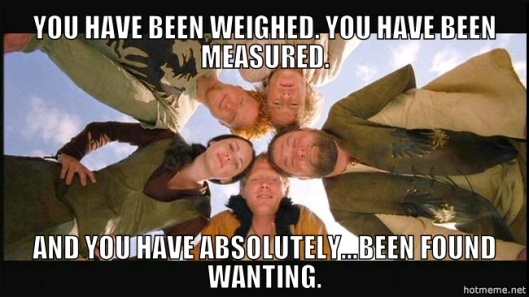 Links to source. Movie is A Knight’s Tale. Which, I think could also use a little more love.

I suspect at times their comments were to push me to do things they knew I was capable of doing.

And I certainly can’t fault them for being proud of my brother.

Indeed, I’m sure I can chalk some of these memories up to simple sibling rivalry.

But I remember how I felt.

So fast-forward to this past Wednesday and me as the parent.

Our two daughters are both in swimming lessons and it was report card day.

My 5-year-old is a great swimmer and now in the highest level of preschool swim lessons in the city (she’s a Whale!).

It was the first session of swimming lessons my 3-year-old had ever done (Sea Otter!).

My 5-year-old languished for well over a year in Sea Otter because she couldn’t float on her own. She also spent the first half of her first session crying about not wanting to get into the COLD water with the BOY teacher, and the second half playing with a bucket on deck.

My 3-year-old passed on the first try. She’s floating by herself.

The parental cop-out here would be to say that kids at that age don’t notice these things.

That would be a lie.

My youngest kept asking to see her “sticker” well after she’d figured out that her sister hadn’t gotten one and that this upset her.

I made an effort to show that I was equally proud of both my kids. I read out what the instructor had written on my eldest’s card about how much she had improved. I told my youngest how proud I was of her. I reminded my eldest about how she passed Crocodile on the first try and explained that she was in the top-level, so that was tough, and that not passing didn’t mean she wasn’t a good swimmer. It just meant she had to keep working at certain skills.

I hope the message got through that it wasn’t a contest, but I’m not convinced. This was the first time my eldest has ever been concerned about not passing.

So as the parent, I found myself playing down my youngest’s achievement in front of them both. I then made a point later when I was putting my youngest to bed of telling her how proud I was.

Because I’m thrilled. Posted it to Facebook! thrilled. And if I’m being honest? I felt a little parentally-robbed that I couldn’t be quite as publicly proud as I wanted to be for fear of hurting my eldest’s feelings. And I felt my youngest was robbed of the moment my eldest got with a similar achievement.

But then I remember how I felt in those situations – and am torn.

If you are a parent of multiple kids how do you handle this? How do you – or do you – avoid making one feel bad if the other was successful and the other wasn’t? And parental bragging to other parents – do you do it? Have you been on the receiving end? How does it impact you?